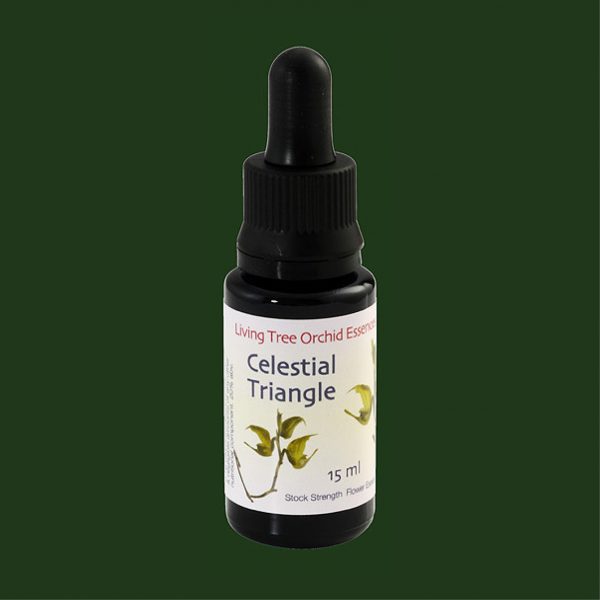 Calm serenity and gentle clearing are accompanied by lightness of heart with this orchid. Celestial Triangle is the 2nd of an essence trilogy, which begins with Crown of Serenity. True Connections is the 3rd essence in the trilogy. 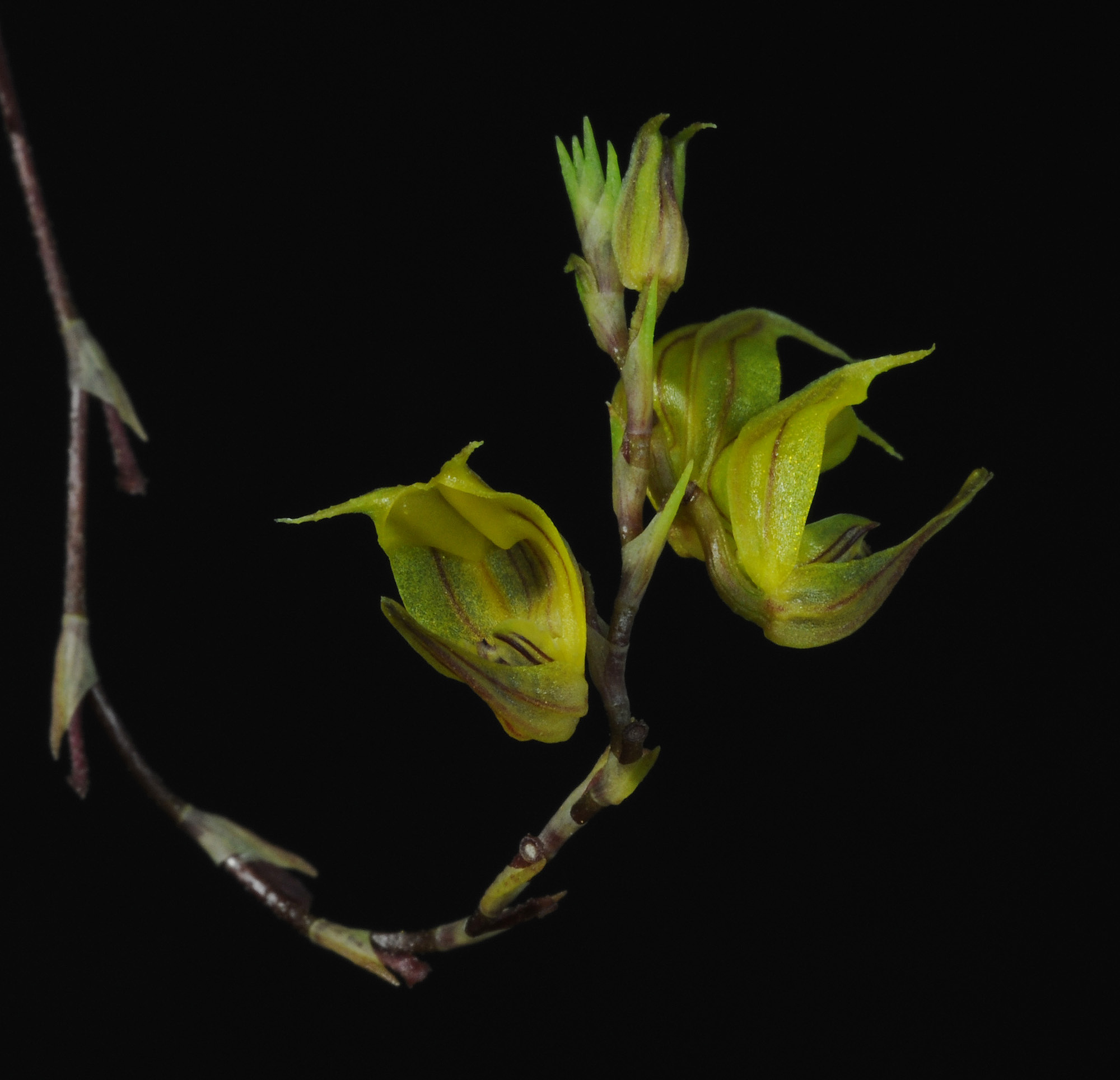 Geometry has perhaps never been as delightful as with this essence. Triangles are formed by the blooms on each of the multiple spikes of the plant, and energetically a series of triangles are acted upon in the energy body from the pelvis up through the head and above. Calm serenity and gentle clearing are accompanied by lightness of heart with this orchid, and as the action moves to the head and above, another geometrical form develops, that of a torus. This is the fundamental shape of the healthy human aura, and also of each of the chakras as well. (The torus is the mathematical name for the donut-shape.) Celestial Triangle helps develop the torus of the aura as it moves above the head, but only after it has first lightened the heart.

One of our early “provers” saw Kuan Yin appear to her when she meditated on this essence, who told her this essence was about bringing in “new consciousness”. The prover asked Kuan Yin how she should deal with people stuck in the older consciousness, she was simply told, “Send Love. The new consciousness and mind create a new air, which goes into people. Spread Love.”

Celestial Triangle is the 2nd of an essence trilogy, which begins with Crown of Serenity. True Connections is the 3rd essence in the trilogy. There is significant benefit to be found in experiencing each of the three in turn, as follows: take Crown of Serenity on one day, then Celestial Triangle the next day, followed by True Connections the day after that. On each day take the essence drops from the stock bottle once, either before bedtime or before meditation. Repeat this sequence for a total of 21 days.